Posted by Matthaeus at 01:00 No comments: 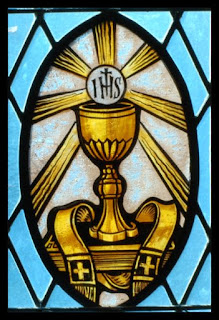 Posted by Matthaeus at 00:30 No comments: 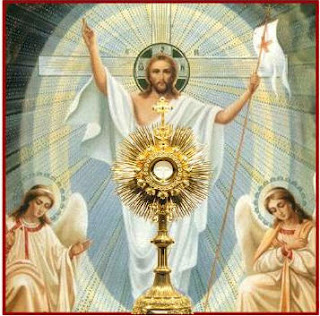 Fr. Ray Blake has recently put up an interesting post concerning the devil, posession and exorcism.

One of the main themes seems to be the tendency not to notice the diabolic in the world because it seems trivial and commonplace. This is, of course, a trick of the devil: very few people would deliberately seek out and follow the obviously evil, but it is very easy for all of us to get taken in by those little things that 'chip away' at our relationship with God, or, put another way in the words of Pope Francis, which Fr. Blake quotes several times, 'If we are not praying to Christ, we are praying to the devil'. 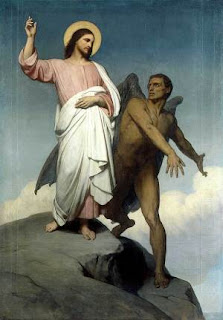 Posted by Matthaeus at 20:14 No comments:

Oh, and...er... did something happen in France?

On a more serious note than the last, related, post, it is interesting to see that now the French have sneaked in their same-sex marriage bill when no-one was looking - I'm sure history will remember your gallant action, Mr. Hollande - it is interesting to see that the Manif Pour Tous protests are happily being played down by the BBC - see Mulier Fortis on this - and by the French police. See also Fr. Tim's post.

I leave it up to your judgement as to what looks like the most accurate estimate: 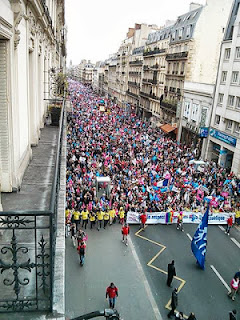 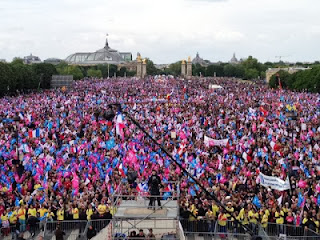 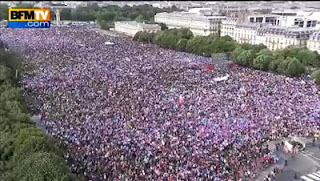 If the bill does become law, and if we are forced to teach about SSM in schools, perhaps we could use this video - I'm sure it makes a much better case than Terence Higgins, Stonewall, etc. :-)

Posted by Matthaeus at 09:39 No comments:

The White Scapular of the Most Holy Trinity

I posted about this some time ago, and thought it might be apt to recall its significance both in the light of today's Feast, and also of recent events, particularly the atrocity in Woolwich a few days ago.

The White Scapular is the symbol of the Trinitarian order, and arose from the vision of St. John de Matha, in which he saw Christ chained between a Moor and a Christian. The order he founded, along with St. Felix de Valois, was originally aimed at the liberation of Christians who were at the time being held captive by the Moors in North Africa. Perhaps today the White Scapular could serve as a devotion against the sort of extremism which leads to events such as the murder in Woolwich.

Those enrolled with the scapular benefit from the prayers and privileges of the Trinitarian order, and can gain associated indulgences. The White Scapular forms part of the Five-Fold Scapular, and can also be substituted by the Scapular Medal. For more information about scapulars, see this article. 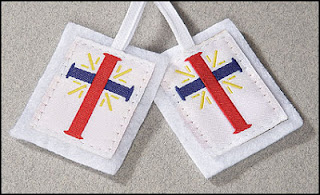 Posted by Matthaeus at 09:27 No comments: 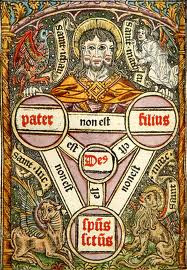 The Holy Trinity is not an easy subject to blog on. First, where do you start? Perhaps something of a rhetorical trick question, as reflecting on any person of the Trinity inevitably leads us to the others. For example, we know God the Father though the teaching and works of God the Son, which we understand through the inspiration of God the Holy Spirit. Similarly, we pray to the Father, through the Son, in the unity of the Holy Spirit.
Another aspect of the Trinity is that it is possibly the greatest example of a mystery, in the spiritual sense, and as such, is in direct contrast to the position of the atheists and materialists who maintain that human reason alone will ultimately lead us to an understanding of everything. A mystery is defined as 'A truth which is above reason, but which has been revealed by God'. In other words, we can't work everything out for ourselves, or put another way, we can believe more than we can understand.
This is summed up in the legend in which St. Augustine, having been working on a book about the Trinity, is walking by the seashore and sees a small boy trying to empty the sea of water, using a spoon. When the Saint remarks on the futility of the task, he receives a reply to the effect that, 'I shall do this in less time than you will come to a full understanding of the Trinity' 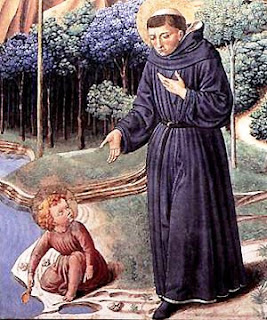 So let's not get too worried when, at times, we find issues of our Faith hard to get to grips with. We need to trust in, and love, Our Lord, and accept that some things just are. They are because God wants it so, and sometimes it is beyond us to understand the 'how' and the 'why'.
Gloria Patri, et Filio, et Spiritui Sancto:
Sicut erat in principio, et nunc, et semper,
et in saecula saeculorum.
Amen.
Happy Feast!
﻿

Posted by Matthaeus at 00:00 No comments:

I came across the video below on Youtube today. I think it may be useful for those who are unfamiliar with the Traditional Latin Mass.

The video is in two parts, and shows Low Mass in its totality. The camera shots from behind the altar show the priest's actions which are often not seen by the conregation, although they are something that I am familiar with from serving, and they may help to enrich your understanding of Mass in this form.

Posted by Matthaeus at 23:31 No comments: 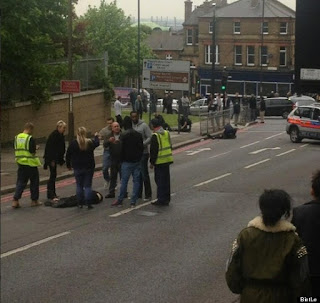 I see that Fr. Tim has already posted on today's atrocity in Woolwich, and wish to join my prayers with his, not least because I was born in the town, and naturally feel some attachment to the place:-

First for the soul of the victim,

Secondly that this does not spawn a new wave of violence in the town, which has just completed a period of rebuilding and settling after the riots of summer 2011.

Thirdly for our brethren of the Muslim faith living in the area, who claim the same God as we Christians, that they do not become victimised for the sake of a few whose beliefs and actions are far from typical of mainstream Islam.

Finally, to commend those who perpetrated the outrage. I cannot comment on the state of their souls, or their ultimate fate - I am not God. What I do know is that their souls have been seriously damaged by this action and are in dire risk, and that this is not the outcome that God made them for, even though His justice may mean that they are ultimately lost. What I also know is that I would sin against holy Charity were I to deliberately wish any soul to eternal damnation, the enormity of which we cannot begin to contemplate.Our Lord also told us to pray for our enemies. I therefore pray that God may find a way for them to acknowledge and repent of their sins, and ultimately return to Him.
These must surely be among the souls for whom Our Lady of Fatima asked our prayers when she requested the petition that many of us add to the decades of the Rosary:

O my Jesus, forgive us our sins, save us from the fires of Hell. Lead all souls to Heaven, especially those who are in most need of Thy Mercy.

Not an easy thing to hear about, especially when it has occurred close to home, and within the octave of Pentecost, when we have just been recalling the Gifts of the Holy Spirit, to which today's events bear such a contrast.


O Mary! O Mother! Reign o'er us once more. Be England thy 'Dowry' as in days of yore. 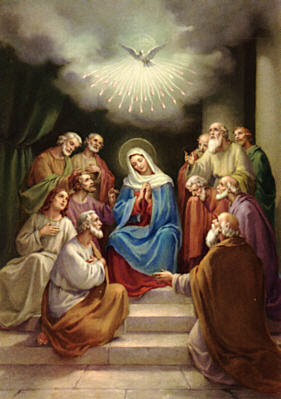 Sequence 'Veni Sancte Spiritus' for Pentecost ﻿
Posted by Matthaeus at 09:02 No comments: